The vision of the Lion Recovery Fund is to double the amount of lions in Africa by 2050.

About the Lion Recovery Fund

Created by the Wildlife Conservation Network in partnership with the Leonardo DiCaprio Foundation, the Lion Recovery Fund (LRF) supports conservation actions by some of the most effective, vetted partners who are working to bring lions back. Through strategic investments and collaborations with partners like Dazzle Africa, the Lion Recovery Fund aspires to double the number of lions in Africa, regaining those lions lost over the past 25 years. The LRF is committed to seeing thriving landscapes where Africa’s people, its economic development and its lions all co-exist.

Within Africa, the species has suffered a steep decline in both range and numbers. One century ago there were 200,000 lions, today there are likely just over 20,000. To go more in depth, the world has lost half the lions in Africa in just the past twenty-five years. Losing half the population of a species in a matter of years – particularly one as important as the lion – calls for action by all.

In March of 2019, the LRF formed the Lionscape Coalition, a new initiative that is good for lion recovery as well as for business. The Lionscape Coalition allows Africa’s top ecotourism operators and travel partners, like Dazzle Africa, to take a leadership position to support on-the-ground conservation work and encourage clients to support the future of lions

This is an important and critical mission that supports the values and the vision of Dazzle Africa.

Such collaboration is a hallmark of the Lion Recovery Fund. Africa’s tourism industry is intrinsically linked to the health of its iconic wildlife populations and their captivating landscapes. In fact, lions are frequently ranked as the number one animal tourists most want to see on safari. So, who better to engage in lion conservation than travel operators, safari companies, and their clients?

Each year, Lionscape Coalition members, such as Dazzle Africa, provide a philanthropic investment to the LRF to impact landscapes where tourism operates, as well as areas off the beaten track where tourism doesn’t exist.

The Lionscape Coalition will not only raise funds for lion conservation but will also help educate more people about the plight of lions and empower the travel industry to play an even bigger role in conservation.

Support the Lion Recovery Fund by making a donation today

“Liuwa Plain NP is an incredible protected area in western Zambia that is home to Africa’s second largest wildebeest migration of 30,000 individuals. It is also home to a small, recovering population of 13 lions. In 2019, LRF provided a small grant to contribute towards the development of a predator management plan to help guide the recovery of lions in a complex landscape. Further support was then provided to the park in 2020 to help deal with the challenges associated with the COVID pandemic. As for many other parks, pandemic resulted in critical losses of income due to the collapse of the tourism industry. This meant that the park faced critical budgetary shortfalls. LRF funding helps to bridge some of those gaps enabling African Parks to retain a constant patrol effort.” Peter Lindsey, Lion Recovery Fund. 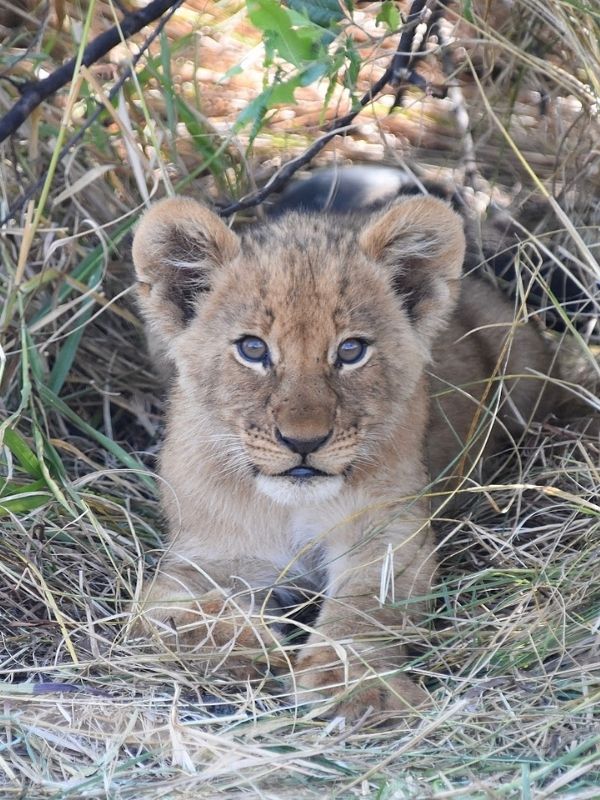 In the first 3.5 years of operation the LRF has granted widely, injecting funding into key landscapes across much of the remaining lion range – including in many of the sites at which lions are the most vulnerable, in West and Central Africa. In 2020, LRF also started investing much more deeply in the sites of the greatest significance for lions or with the greatest potential for lion recovery. Examples of these sites include Serengeti NP in Tanzania, Chinko in Central African Republic and Niassa Special Reserve in Mozambique. 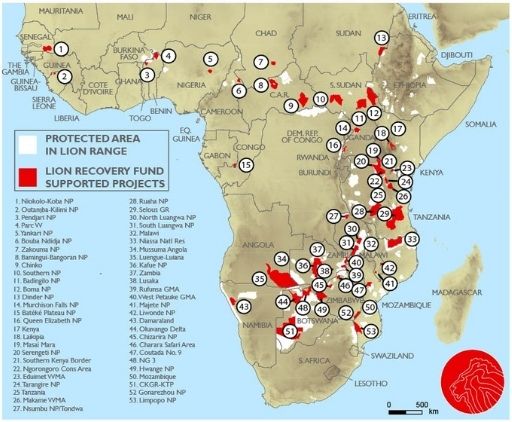