“The Earth is what we all have in common.” – Wendell Berry

Supporting Experts in the Field: Wildlife Veterinarian since 2013

South Luangwa National Park is teeming with wildlife, yet as the poaching crisis continues, these animals are finding themselves challenged more than ever before. From ivory poaching to illegal snare wires, the animals that survive are often badly injured and require urgent medical care. 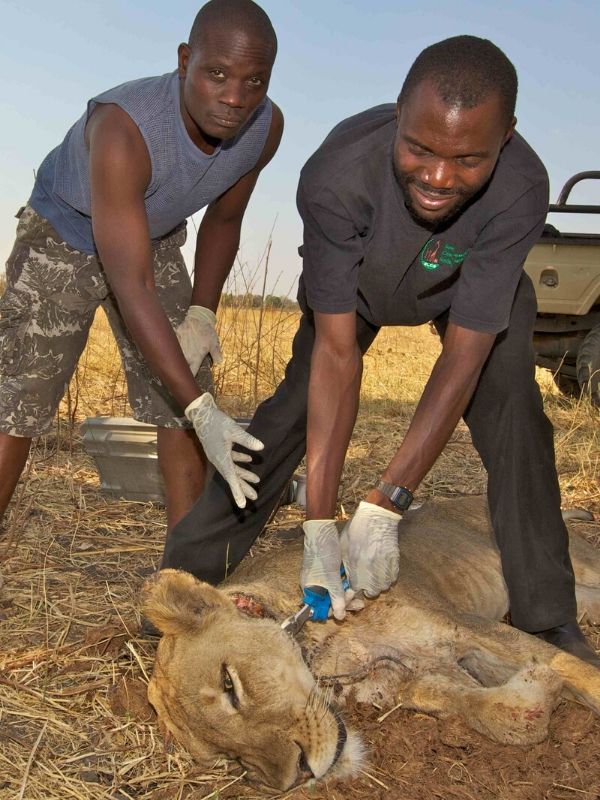 His work is crucial for saving wildlife in South Luangwa National park and the surrounding area through rescue operations and community-based veterinary work. From de-snaring endangered wildlife to collaring African wild dogs and lions, Dr. Sichande lies at the forefront of wildlife conservation and has saved hundreds of animals, translating to thousands of offspring.

Dr. Sichande’s work also extends to caring for domesticated dogs and cats in the village of Mfuwe to ensure they remain healthy and overseeing the treatment of the Delta Dog Detection unit, the canine unit used in anti-poaching operations.

Dr. Sichande is a leader in wildlife veterinary work as well as a mentor to rural Zambian students aspiring to be veterinarians and follow in his footsteps.

Thank you to our generous donors over the years, specifically Caroline Jones and Michael Binger who funded the start of this program in 2013 and Cathy & Mike Smith who have funded this program since 2018.

See the effects of the Zambian Carnivore Programme 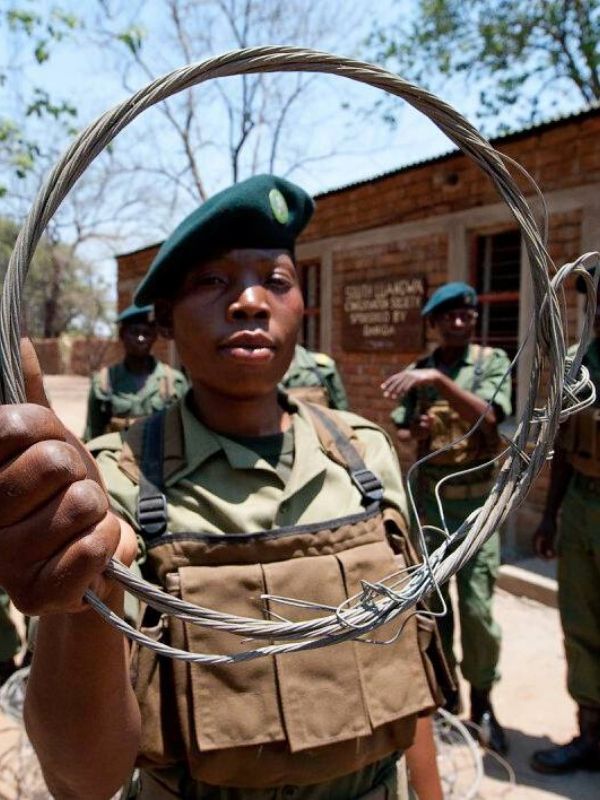 Wildlife poaching, trafficking and habitat loss represent an escalating international conservation crisis, with the South Luangwa National Park and surrounding Game Management Areas in the midst of this crisis.

The success of anti-poaching missions relies on thorough and consistent training and preparation for all scouts and wildlife police officers. Funding these trainings increases the effectiveness of these missions and is essential in protecting wildlife in the South Luangwa.

With scouts given the proper training, we believe that poaching can be stomped out of the South Luangwa Valley.

Aerial support for anti-poaching and science: 2016

South Luangwa National Park is one of the most abundant places on the planet, home to some of Africa’s most iconic wildlife. However, increased human pressure in the form of habitat destruction and poaching sadly continues to threaten the park’s wildlife. Monitoring and protecting wildlife populations solely by land is virtually impossible given the park’s sheer size and remote areas.

Dazzle Africa assists in operational funding for the only plane in South Luangwa, Zambia used for anti-poaching operations and large carnivore research. This aircraft is shared between our two conservation partners, Conservation South Luangwa and Zambian Carnivore Programme.

Wings for Wildlife is allowing vast anti-poaching operations and scientific monitoring to take place which would otherwise be impossible if done exclusively by land.

The Cessna-180 is instrumental in monitoring populations and conducting surveys of animals,  providing a wide-range deterrent to potential poachers, detecting illegal poaching operations, transporting detection dogs for emergency care, and to provide the ability for office based managers to quickly assess field based operations from the air.

Thank you to Mike Paredes and Nancy Law for creating the Wings for Wildlife program and our steadfast donors for keeping this airplane flying.

The Mimbulu Soccer Academy participates in the South Luangwa Safari League and has now reached over 10,000 people! After each game, the athletes engage the audience in conversations about the negative impacts of snare wire poaching and littering and teach the local community how vulnerable carnivores are to poaching.

The name Mimbulu means wild dogs and through the excitement of supporting this team, the community has begun to love this endangered animal. There are currently less than 6,000 wild dogs in the world and they are listed as endangered by the International Union for Conservation of Nature (IUCN).

The Mimbulu Soccer Academy was started and is run by members of the Zambian Carnivore Program.

Thank you to the Miller Family for sponsoring the Mimbulu Soccer team for 2020. 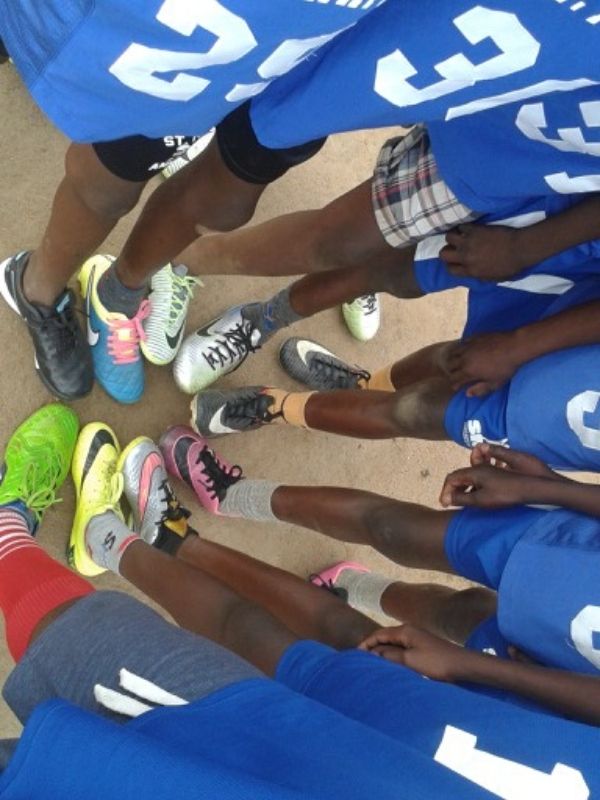 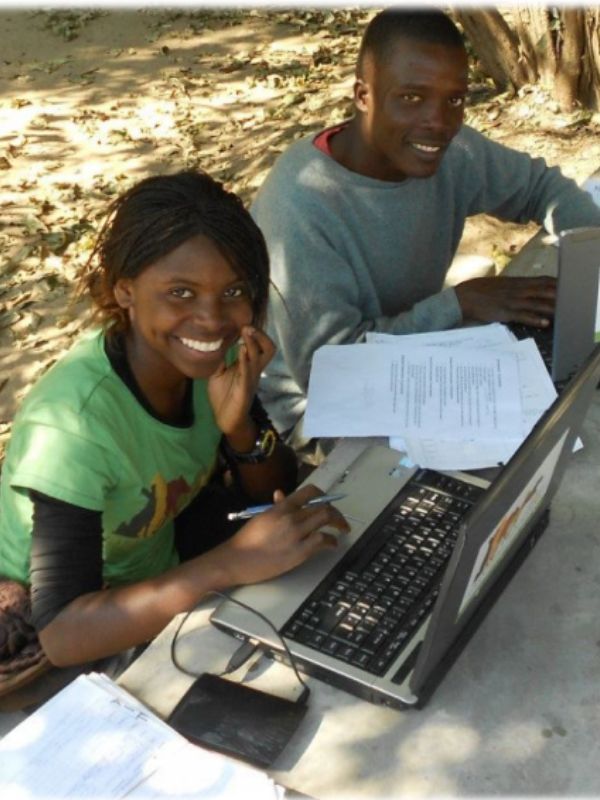 People protect what they know, which is why we believe in shining a multi-colored spotlight on pressing conservation issues among mass audiences.

The radio show is an hour-long monthly program conducted by award-winning conservationists, Ecologist and Education Manager of Zambian Carnivore Programme, Thandiwe Mweetwa, and Ecologist and Educational Coordinator, Henry Mwape. Both at the forefront of conservation, Thandiwe is a National Geographic Emerging Explorer and Henry, a Fulbright Scholar at the University of Arizona. This radio show encompasses relevant conservation topics ranging from human-wildlife conflict to poaching to wildlife-based economies. It aims to raise awareness among the pressing threats that Zambia’s wildlife is facing and to inspire people to take Action.

Thank you to the Miller Family for sponsoring this radio show for 2020. 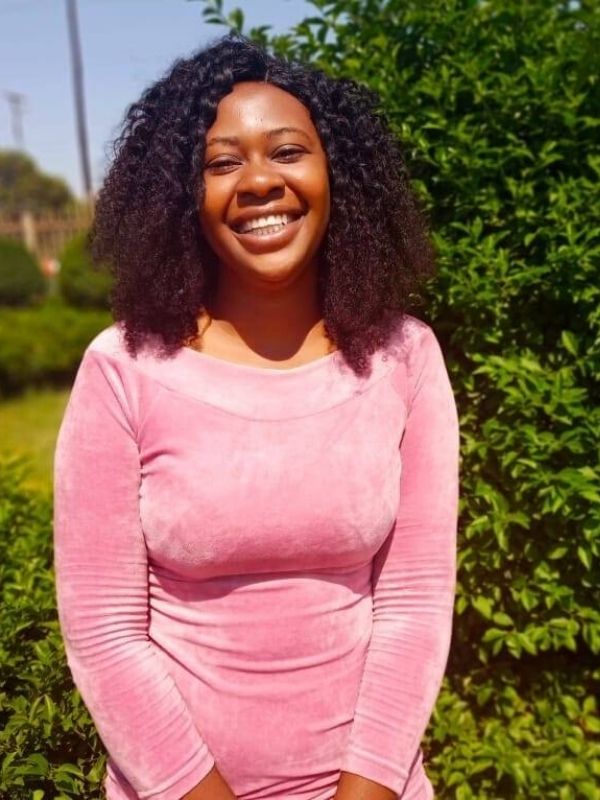 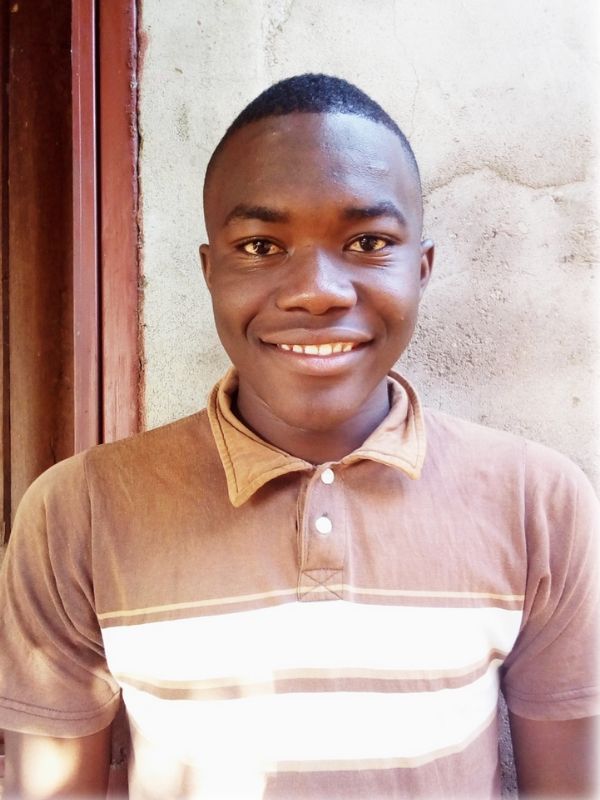 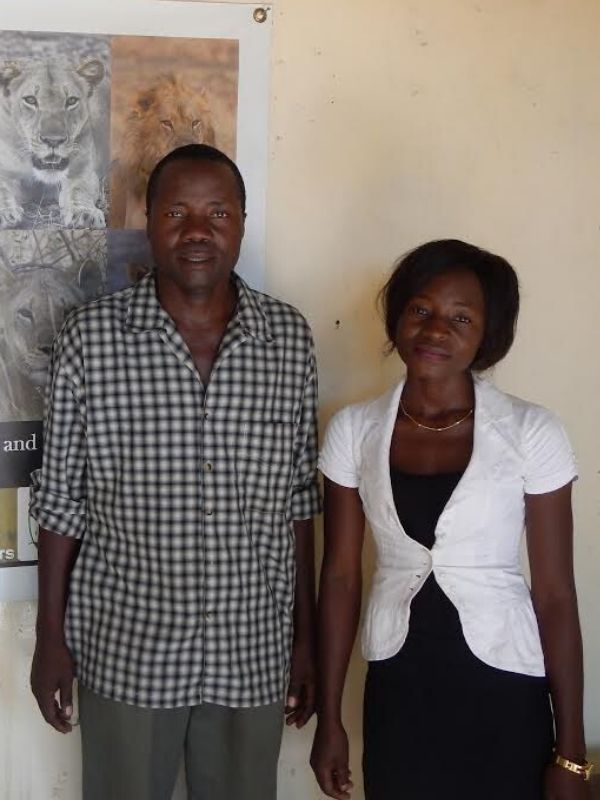 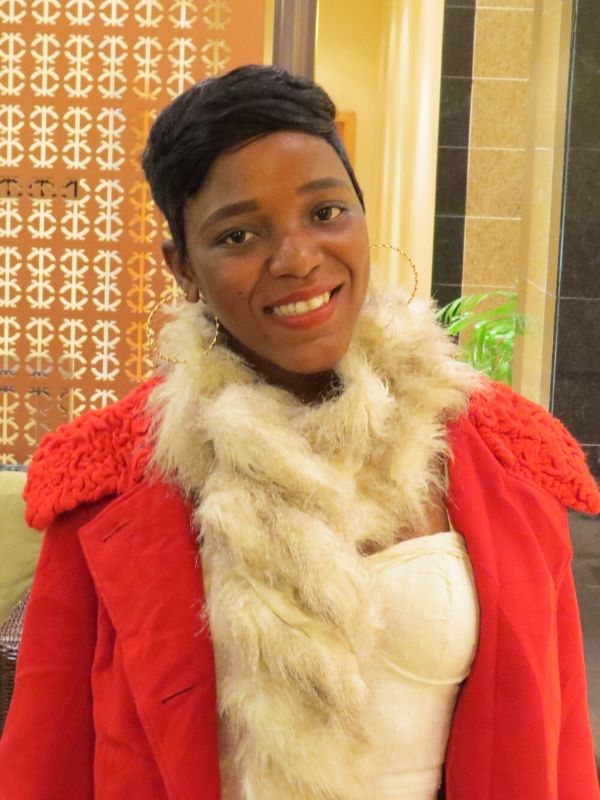 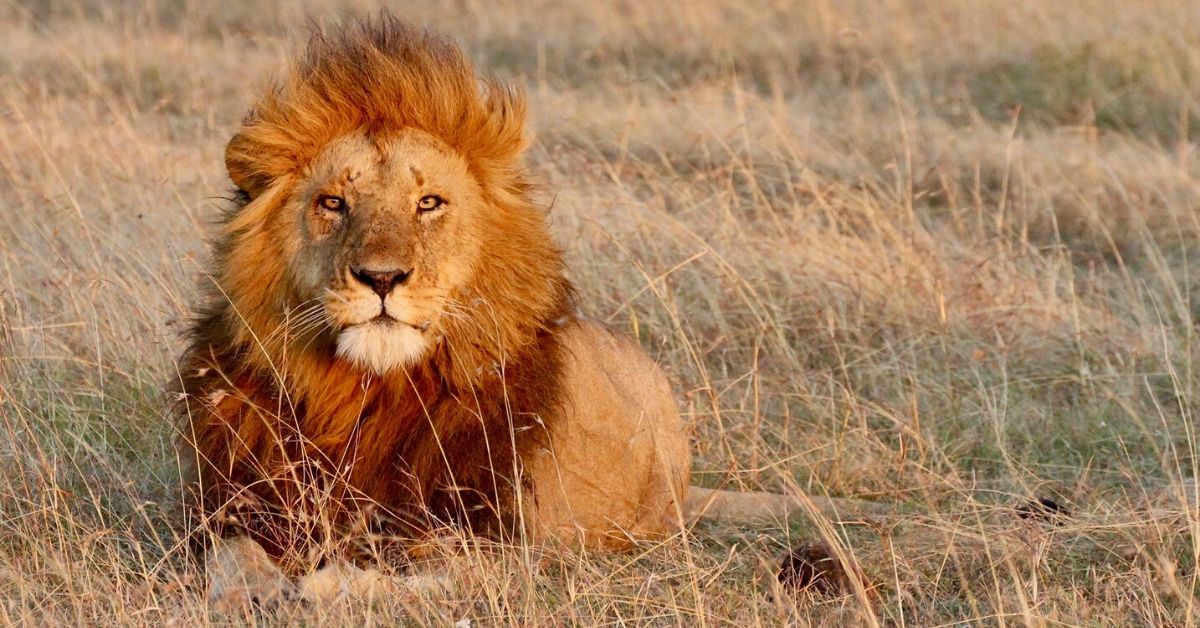 Created by the Wildlife Conservation Network in partnership with the Leonardo DiCaprio Foundation, the Lion Recovery Fund (LRF) supports conservation actions by some of the most effective, vetted partners who are working to bring lions back. Through strategic investments and collaborations with partners like Dazzle Africa, the Lion Recovery Fund aspires to double the number of lions in Africa, regaining those lions lost over the past 25 years. The LRF is committed to seeing thriving landscapes where Africa’s people, its economic development and its lions all co-exist.

Within Africa, the species has suffered a steep decline in both range and numbers. One century ago there were 200,000 lions, today there are likely just over 20,000. To go more in depth, the world has lost half the lions in Africa in just the past twenty-five years. Losing half the population of a species in a matter of years – particularly one as important as the lion – calls for action by all.

In March of 2019, the LRF formed the Lionscape Coalition, a new initiative that is good for lion recovery as well as for business. The Lionscape Coalition allows Africa’s top ecotourism operators and travel partners, like Dazzle Africa, to take a leadership position to support on-the-ground conservation work and encourage clients to support the future of lions

This is an important and critical mission that supports the values and the vision of Dazzle Africa.

Such collaboration is a hallmark of the Lion Recovery Fund. Africa’s tourism industry is intrinsically linked to the health of its iconic wildlife populations and their captivating landscapes. In fact, lions are frequently ranked as the number one animal tourists most want to see on safari. So, who better to engage in lion conservation than travel operators, safari companies, and their clients?

Each year, Lionscape Coalition members, such as Dazzle Africa, provide a philanthropic investment to the LRF to impact landscapes where tourism operates, as well as areas off the beaten track where tourism doesn’t exist.

The Lionscape Coalition will not only raise funds for lion conservation but will also help educate more people about the plight of lions and empower the travel industry to play an even bigger role in conservation.